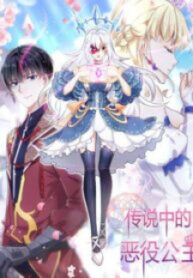 The Legendary Villain Princess Average 5 / 5 out of 1

Read manga The Legendary Villain Princess I dedicated eight years to help him rule his empire, only for him to send me to death by burning! My last wish before death was to be reborn so I can change my fate, and not make the same stupid mistake again! However… I was reborn into the body of my sworn enemy?! My revenge plan is proceeding smoothly, but a prince suddenly appeared and proposed marriage? Does he not know I already have 4 imperial concubines?

Legend of the Northern Blade

Immortal Swordsman in The Reverse World