The Justice Of Villainous Woman 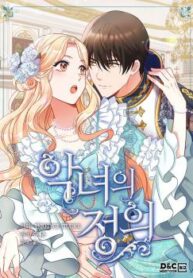 The Justice Of Villainous Woman Average 5 / 5 out of 2

The day I lost my boyfriend to my best friend, I fell into the Han River by mistake. And when I woke up, I became a famous duke’s daughter named Chartiana Altizer Cailon – who’s known as the villain!? “I’ve already chosen my empress, and you’re just pawn.“ “I will be the empress of the Empire.“ My fate was also determined the moment I was appointed as the next empress candidate by Regina. Regina has two candidates, Irene, who is the lover of the Crown Prince and me, Chartiana. To protect my beloved family from the court’s evil schemes, I cannot help but become the evil villain and win the position of Empress. Agnyeoui Jeong-ui, Cerminan Jiwa, Definition of a Bad Lady, La Justicia de una Dama Villana, Méchante malgré moi, What It Takes To Be A Villain, What It Takes to be a Villainess, 악녀의 정의, 恶女的定义, 悪女の定義

I Was Just An Ordinary Lady

I’ve been here from the beginning