The Book Of Lagier 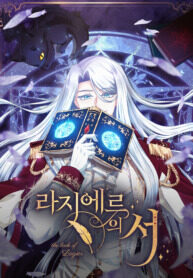 The great Demon King, Embilden, was the first to unite the demon world. One day, a human dared summon the Demon King. It was the greedy and fat, Prince Lagier Lou Jerlayla Rodwill! However, while summoning the Demon King, he had made a mistake in the process, which caused his death. Lagier’s body is forcefully frozen because of the contract he had made with the Demon King… “Well, I might as well just grant him his wish.” The Demon King decides to become Lagier and grant the wish the Prince had before he was frozen to death. Until the day the kingdom of Jerlayla rules the world with power unmatched by anyone! This is the start of a new legend……! “I should start by losing weight.” …I need to go on a diet first. 라지에르의 서

I’ll Be The Matriarch In This Life

A Way To Protect The Lovable You

Leveling My Husband To The Max