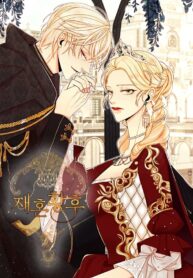 Remarried Empress Average 5 / 5 out of 1

N/A, it has 8 monthly views

Navier was the perfect Empress and a masterful administrator and regent for the empire; however, she and the Emperor were not lovers, and the Emperor wanted a wife, not a colleague. And so, he sought a concubine and placed a secretly ambitious slave girl beside him. That was fine, as she was willing to allow him his concubine of choice… until Navier heard the Emperor promised the slave girl the Empress’ position. After much agonizing, Navier decided to marry the king of the neighboring kingdom. The popular web novel Remarried Empress is adapted to webtoon! L’impératrice remariée La Emperatriz De Volvio A Casar Remarried Empress The Remarried Empress The Second Marriage การแต่งงานครั้งใหม่ของจักรพรรดินี 再婚承認を要求します 再婚皇后 재혼 황후

The Villain’s Daughter-in-Law has limited time

A Way To Protect The Lovable You

Blinded by the Setting Sun

What It Means To Be You?