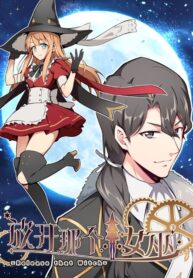 A male engineer transmigrated into another world, and became a prince. This place strikingly resembles the Middle Ages of Europe, but at the same time, it seems kind of different? Witches truly exists, and they even possess magic powers! Magic powers are productive forces! Save the witches, liberate the productive forces! Open map, fight demons, break conspiracies, climb up the science and technology