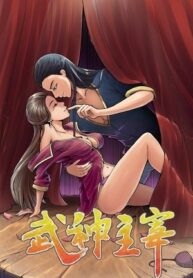 The legendary martial master Simon was betrayed by friends and persecuted to death. Three hundred years later, he reborn as an illegitimate child of the royal family who was deceived.
With his past powers, Simon again creates his legend in this land. Surely, it must be a revenge and reconquer road filled with blood!.

Qin Chen, a legendary figure of the Tianwu Continent, has unexpectedly fallen into Wuyu due to the betrayal of a friend. Three hundred years later, he was reborn as an illegitimate son of a marquis and is constantly bullied. He used his accomplishments from his past life like spiritual techniques and pill refinement to rise to the heavens. He will embark on a shocking journey that will astound all the lands.

I’m a Martial Art Villainess but I’m the Strongest!

How To Take Off A Wedding Dress

The golden dawn light will shine for you