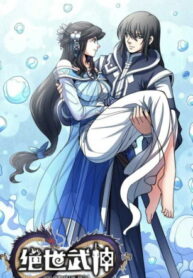 In this world, respect is earned with martial arts. Weak martial artists have strengths of tens of thousands of pounds, capable of cracking boulders. And the strong ones can cut off rivers and split mountains. There are even martial kings who know everything and can travel across the universe. Martial art decides your fate as well as your life and death. The weak is humiliated while the strong looks down on the world. This is a a world where the strong bullies the weak. People’s statuses are decided by the levels of their cultivation of martial arts. Each faction fights for the title of “The Strongest”. Only the strong ones have the right to survive. Even if you are from the same clan or faction, if you are weak, then you will be bullied and kicked out without mercy.
After a car accident, Lin Feng crosses over to this new world into the body of a young master from the powerful Lin Family.
Will Lin Feng be used by others again or will he forge his own path in this place where, regardless of your family ties or sect, only the strong have the right to live.

Why Would a Villainess Have Virtues?

Abandoned Wife Has A New Husband